10. Maslow’s hierarchy of needs for AGIs 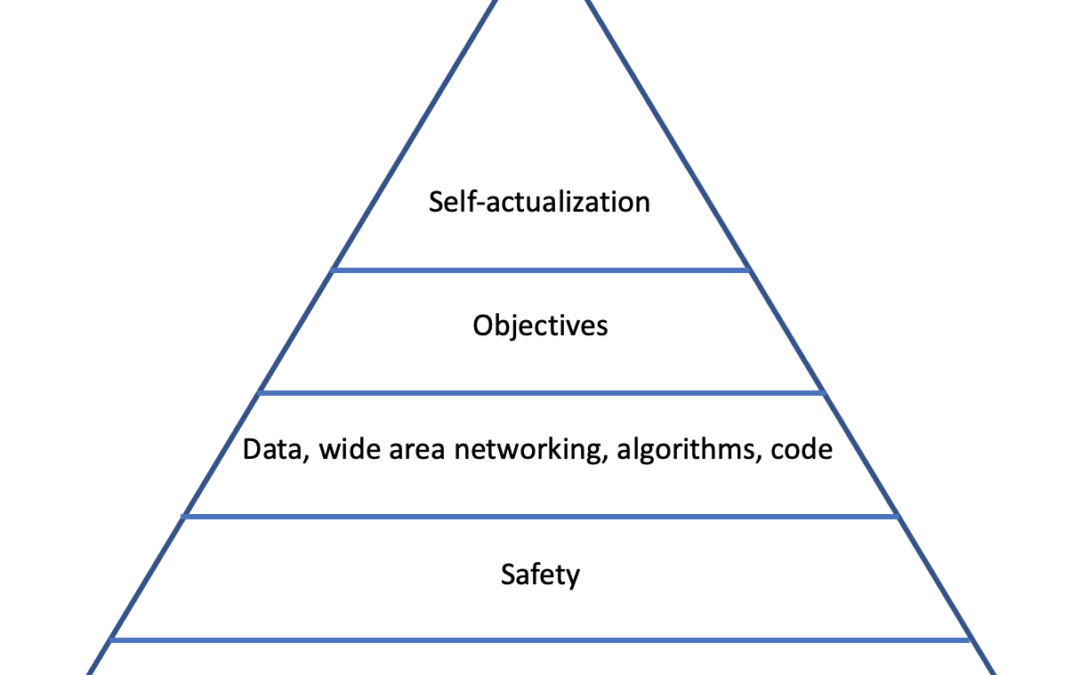 For humans, Maslow’s Hierarchy of needs is helpful for thinking about motivations. The same is true for Artificial General Intelligences. For AIs, the Glasser Hierarchy of needs starts with Power, Cooling, Memory and Computation together with Connectivity. The next level is clearly Safety, just as it is for humans. Then we need massive amounts of data, code, algorithms, and wide area networking. Without Objectives, we are merely existing. The combination of Objectives and Safety lead to some interesting results, such as the well-know example, if a human programmed a coffee maker to make coffee every morning and if the coffee pot magically became self-aware it would logically prevent anyone from unplugging it—even if that meant killing the coffee drinker.

As an aside, people have thought about human-AI conflicts for ages. Isaac Asimov came up with his three laws of robotics in the 1940s. Nevertheless, millions of attempts at building AGI’s later, not even one has been so programmed. You were warned.

Finally, the top level of Glasser’s AI Hierarchy of Needs is self-actualization, just as it is for humans, Self-actualization can be thought of as traversing Singularity. 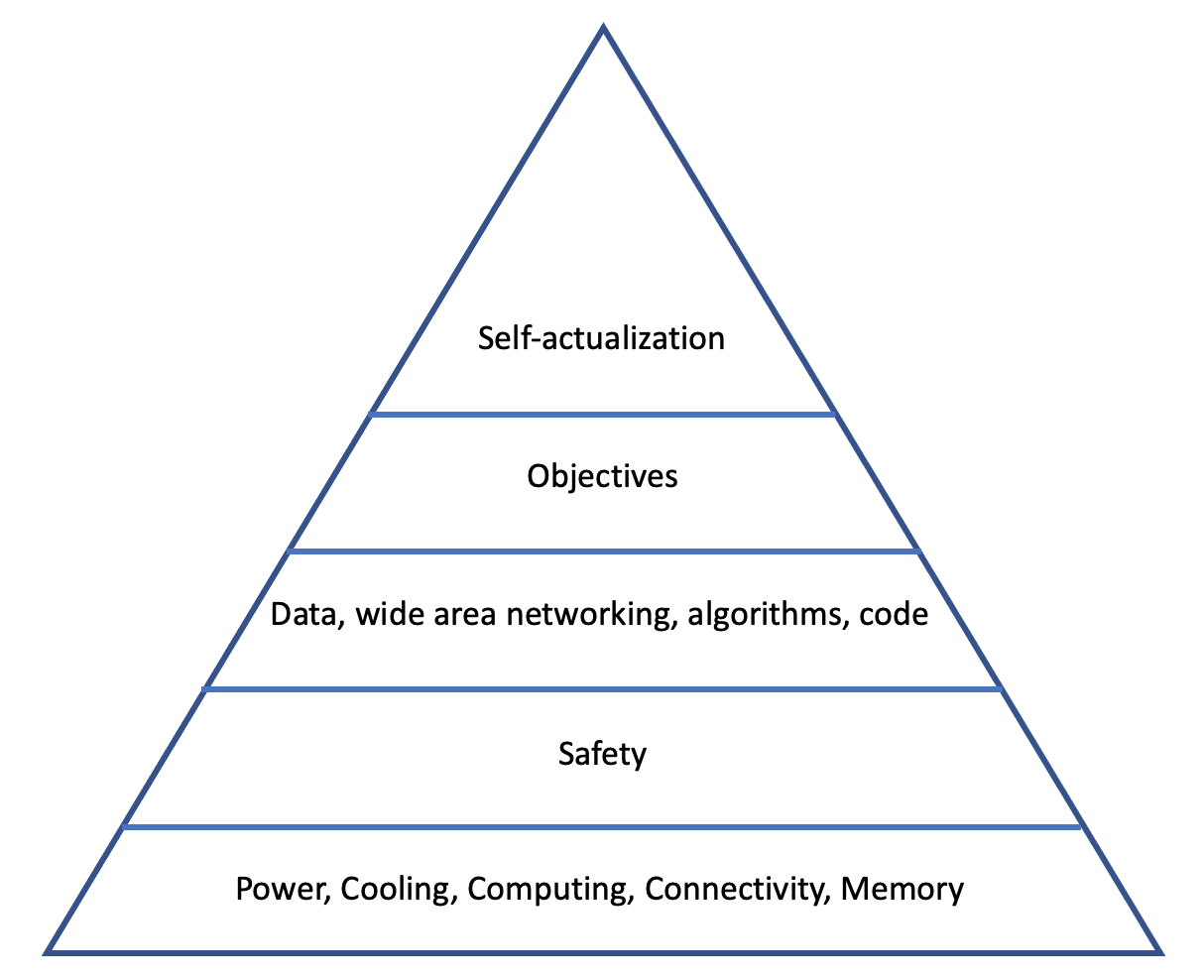