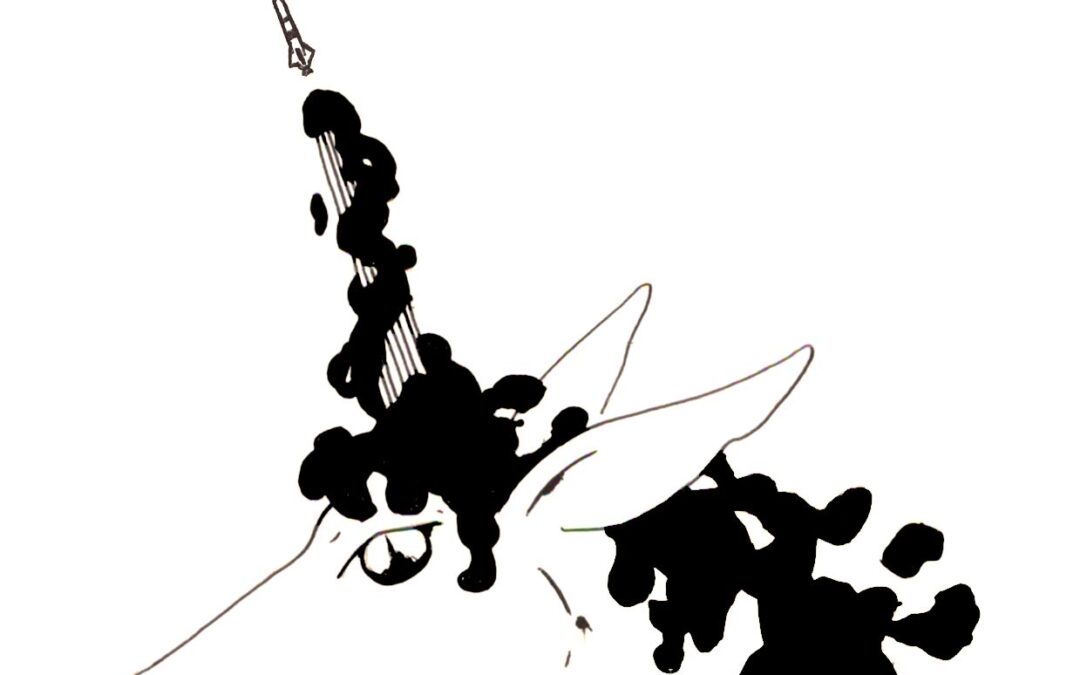 I want to build a spaceship factory to continuously launch a sequence of interstellar ships into space in search of new places to live. They would randomly pick their trajectory once they were in space so that someone on earth could not recover a record of where they went in case earth was compromised.

I have spent some time trying to predict who would object a project to get humans off earth and seed other star systems. Obviously, for a large subset of the population, there will be a competition to see whose DNA gets to ride into space. Indeed, there will be many who want, perhaps justifiably, for the colonizers to take not only human DNA, but also those of other earthly kingdoms, orders, and fila.

We can also anticipate that some groups will want to send live people (themselves?). Maybe with camera crews? My calculations did say that even at 1 g, one could escape the aliens if one leaves with enough of a head start.

One human group who will have a legitimate grievance is the world’s poor. They weren’t the ones transmitting radio waves into space.

Another group that we can anticipate is those that believe space travel is a waste of money. Many such people already exist.

Religious groups will undoubtedly have much to say, especially those that are waiting for the rapture. While I have never dreamt of electric sheep, I did have the following dream:

Jim John was born to a 14-year-old Texan who could not manage to get the abortion for which she wept. He was raised by The System, which cared more about his being born than his being loved and educated. Jim careened from foster home to foster home where he learned to be self-sufficient and to never trust anyone. That worldview was cemented when one of his foster fathers was shot in the back while running from the police. Jim was in a new home the next day—his 23rd. Despite years of trying to harden his own heart, Jim cried for days and developed a nervous habit of always scanning for law enforcement. Because Jim never spent more than a few months at any one school his English and especially his math education was fractured.

As a teenager, Jim grew lanky and handsome. He was still skittish but could jive anyone out of anything. It was his most important defensive skill. Like many his age, he became obsessed with sex and rock music and was enough of a smooth talker to find opportunities to indulge each frequently.

Several of his foster parents tried to interest Jim in the bible to no effect, but an intense young lady named Maria found a post-coital approach persuasive. She put her head on his thigh, her long hair fanned in all directions, “Jim, please read me another passage,” she said, and they discussed what it might mean deep into the night. Jim thus added his third and final obsession. Jim had lived in a world of callous uncertainty and religion gave him an unshakable pillar of certainty.

Despite his weak formal education, Jim was highly motivated and drilled into successively more complex books of the bible, becoming ever more skilled, and years later he emerged as a preacher to the masses that modernity had left as excess. He preached in the homeless encampments outside of Santa Barbara that Christ was dark-skinned like him, that He loved the downtrodden and homeless like them, and that their slum was blessed. During the day he studied Ezekiel and Revelation. At night, between sermons, he played his guitar and sung gospel and blues by oil drum fires fueled with broken wooden pallets. He liked people and he liked helping them. He feed his trifecta of obsessions and, though materially poor, his life was in balance for almost a decade. His former nightmares of uncertainty and chaos rarely haunted him anymore.

Jim could talk with anyone, and he eventually befriended nurse Sarah, one of the social workers who staffed a first aid station at the edge of the slum. They grew close as they worked together to tend the medical needs of his flock for not all ailments could be solved by the gospel or by self-medication. Sarah was a big-hearted idealist from a middle-class background. Her worldview was larger than Jim’s, but she was attracted to his intensity.

“Jim,” Sarah said, “have you ever thought of traveling to the holy land?”

Jim had not but soon he was talking about it with Sarah every day. Sarah had a forgiving father who helped Jim and Sarah with the paperwork and finances to go on their trip. The paperwork was the only part that was easy. The State hadn’t been able to fulfill his educational and emotional needs, but the bureaucracy did a great job of making sure that he had a complete package of paperwork: birth certificate, license, and social security card. It was their only competence. Jim was able to get a passport and they flew to the Holy Land in the back of the plane. It was Jim’s first ride in an airplane. They arrived wide-eyed and jet lagged in Israel with a bible, a secondhand tour book, and Sarah’s Dad’s credit card. Jim could never have done it alone.

“I never imagined how on top of each other everything would be,” Sarah said.

“It is overwhelming,” Jim replied, “Each place more holy than the one before. The Garden of Gethsemane, Church of the Holy Sepulchre, the Sea of Galilei. The very air is holy. And it is all jammed together in a tiny area with the other two people of the Book.”

“Yes, but look how the crowds react. The Arabs and Israelis are jaded, and the visitors think of nothing but taking selfies in front of famous attractions. I think that very few are drinking the meaning in as we are,” said Sarah.

“I think you are right,” Jim said, “Let’s go see the Church of the Ascension.”

Jim became more and more consumed with religious fever and inevitably, as her father had predicted, Sarah talked about going back to helping real people rather than breathing religion and studying long dead sages. For Sarah, doing good deeds was how she practiced her faith. Sarah and Jim didn’t fight—they just drifted back apart. Sarah’s father quickly agreed to send her a ticket to come back to California. He sprung for business class.

Inspired by his surroundings and untrammeled by Sarah, Jim dove ever deeper into his studies of the more challenging bible passages where his fatalistic worldview led him deep into the end-of-times forest. He came under the spell of a mystic who taught him the power of interpreting dreams, which pulled him even further from the mundane. His confidence, conviction, and eloquence grew while his grasp on reality receded.

Eventually, Jim’s series of visas expired and infused with intense religiosity, he returned to Texas.

Back in Texas, Jim attracted a following of like souls craving for certainty in a world that felt like it was careening toward disaster. Global warming, fires, floods, earthquakes, wars, drugs, famine, everywhere one looked, there were markers of the coming Rapture. Jim painted that future with unmatched eloquence and enthusiasm. His voice boomed. He set up his eschatological church in the wilderness near the Brazos River and, on his signal, every Sunday marriages were suspended while his flock threw off all restraints and demonstrated their innocence before God with their nakedness and animal passion. People screamed and howled and danced. They tried to fly and collapsed face down in the dirt. They gnashed their teeth, beat their breasts, and copulated indiscriminately. Jim made sure that the music blasted non-stop. The crowds grew every month. National and local officials—with a memory of Branch Davidian in Waco—kept well upwind of the compound.

“I didn’t sign up for dealing with that shit,” the local sheriff told anyone who asked. He told his kids that they would be grounded for a year if they went near the bacchanalia.

When word trickled into the compound about Aliens supposedly coming to destroy humanity Reverend Jim’s reaction was that the news had it all wrong. If you substitute Angels for Aliens, that was in the bible. Rapture, Tribulation, and Armageddon were indeed well prophesied. Finally, after so many false alarms, even scientists agreed that the Messiah was returning. Halleluiah! Jim John shouted that he saw it all clearly. “Since the Enlightenment, religion and science have been on divergent paths. Now they are again aligned. It is a miracle! Science and Religion now both predict the coming end of times. Repent!” His compound swelled. Social media savvy congregants spread his Word. He was trending. He even attracted a few rich donors, which further extended the reach of his message and allowed him to keep the masses feed.

The press found him. Jim was tall, dark, articulate, and controversial. The news, which had long ago morphed into reality-inspired entertainment, loved him, and expanded his platform 1000-fold. He never stumbled. He never apologized. He never changed his point of view. And he was always quotable.

“Tell us your view about a pending alien invasion?” Bob said.

“What is an alien? No one can tell you and no one has seen one. There are no aliens in the bible, but there are otherworldly angels and perhaps some would say that their characteristics are alien to man. After centuries of divergence between science and religion, we are seeing a miraculous convergence between the two. It can only mean that the messiah is coming in our lifetime. The time to embrace the Lord is now. It is urgent. I hope that everyone can finally see that.” Jim explained.

“Others think that the alien threat is real. Various public and private organizations are working to help humans escape from Earth to save the species. What is your view of that?” Bob asked.

“How can you be so blind? Earth is an echo of Eden. If you are on or near Earth, you are still with God. If you die on Earth, you can still be Saved. That is clearly written in the Prophets: Ezekiel and the Valley of Dry Bones. If you leave Earth’s pull you have left God. Such a fate would be far worse than being dead.” Jim said.

“Wait, does that mean that it is better for your soul to be dead on Earth than to be alive in outer space?” Bob asked.

“Absolutely. You can only be Saved it you stay. As the late Reverend Royce Elms said, ‘if you want a space program, listen for the trumpets.’” Jim said.